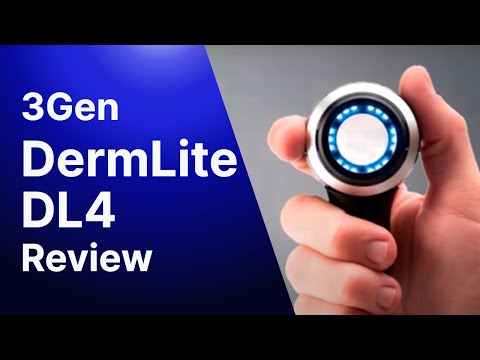 Simply the best.
This Dermlite DL4 is the very definition of refinement. Its smooth, ergonomically optimized all-aluminum design fits comfortably in your hand and has the largest optics of any pocket-size dermatoscope. Well, just being honest, for many people it's the price. It's the most expensive unit we're reviewing here, with a suggested retail price of $1,495. But as with the other dermatoscopes on our website, we do offer them for a fair amount less. But discounted or not, it does take a little bit of getting used to when you haven't yet purchased a high-end dermatoscope whose price tops out over a thousand dollars.